‘’Oh, you study political science? Well you are lucky, I bet you’ll get no trouble finding a job’’, the mother of nice-looking 14-year old blonde girl, whom I just met in line at an overrated attraction park, said to me. Our conversation just started, and apparently that was enough for her to conclude that the competitive job market was waiting for someone like me. I looked at her with a confused face, waiting for her to continue. ‘’Well you know, in a lot of governmental institutions they are looking for people like you, with different ethnic backgrounds. What’s that called again?’’ She was quiet for a second, thinking of an appropriate way to say it, probably. ‘’Diversity policy! That’s the word I was looking for’’ she continued. 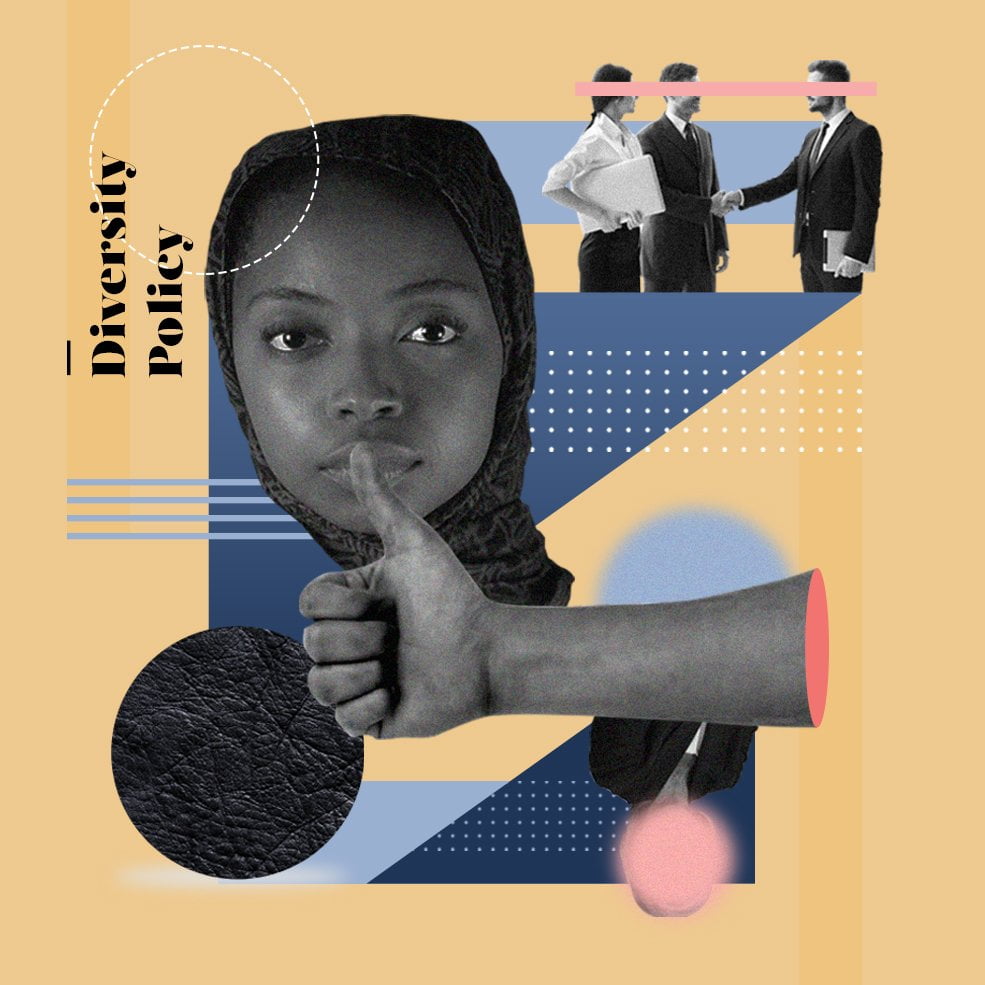 © Sam Zondervan (girl in the picture is not the author)

I’m being honest with you: I had no idea how to reply. What did she, a white, upper middle class (she had an annual pass for the park), 45-ish woman, know about the struggles I, a black, hijab-wearing woman, at the starting point of her career, would face? What did she know about the difficulties that not only I, but also friends of mine, with ethnicities ranging from Egyptian to Nigerian, from Moroccan to Sudanese, come across when applying for jobs? These were just some of the thoughts that buzzed through my mind, as I struggled to find the proper words to make a point.

Just before entering our seats for the rollercoaster, she ended the conversation by saying: ‘‘You don’t have to be so hesitant about the advantages your ethnicity offers you. I’m just saying: make use of it’’. The privileged lady her well-meant intention was probably not to offend me by giving me the feeling that my ethnicity – or skin colour, or whatsoever, actually privileges me. Yet, she still did.

Don’t get me wrong: I fully encourage diversity, and the active search to include people from all colours, countries and genders to work places. However, these policies come from an inherent shortage of diversity, because it has never been the norm before. Such policies are therefore not equal to advantages – they are a necessity. But why should we look for diversity, when it’s literally just out there? Black people have always been out there.

Sadly, apparently, Black Lives Matter demonstrations were needed to make these voices heard. Black Face is still an ever-returning issue in The Netherlands (it’s almost that time of the year again, brace your social-justice-warrior-selves!). Make-up in all skin shades only came out this year, and movie lightning for black skin has gotten attention only recently. The list goes on, by the way.

It has been no longer than last year since white privilege became so openly to discussion in the public debate and on media platforms. However, as I just mentioned: black people have always been there, just as lgbtqia+ people have always been there, and just as women abuse has always been there. The fact that the stories of these people are only getting a stage since a few years, months, or even weeks, does not mean that their stories have not existed before. Their struggles have been ever-existing – they just haven’t got the attention they should have deserved way earlier. This is exactly why these groups are always one step behind, instead of one step ahead – and therefore can’t be named privileged.

I am not saying we shouldn’t be cheerful about small accomplishments. However, we should be careful with cheering too early. We should be careful with cheering until minds have really shifted; until privileges are acknowledged and until diversity policies are no longer needed, but diversity in work places is self-evident. As we are living in a day and age that is hungry for change and progress, it is too costly to lose these larger goals out of sight. What this asks from us, the promising future generations, is to keep sharing stories – and to keep letting our voices heard.

If I would run into the rollercoaster-mom again, I would like to say: ‘’Excuse your privilege, madam. There are still inequality battles to win.’’