She sounds business and street smart. Sneakers over heels is the style she loves to rock. Meet the young lady behind the scarves (and eventually expanding to clothes) collection Zaynah, Siham Ait Addi.

A young Amsterdam Moroccan woman who eventually had the courage to stop her college career to follow her passion in fashion design. At the moment Siham is the face of, and the face behind the brand Zaynah. She chooses to be her own model for the label because she sees herself as her own role model. Because even she had no idea that within 5 years she would sell out all her scarves and that the iteams would be exclusive to the public. 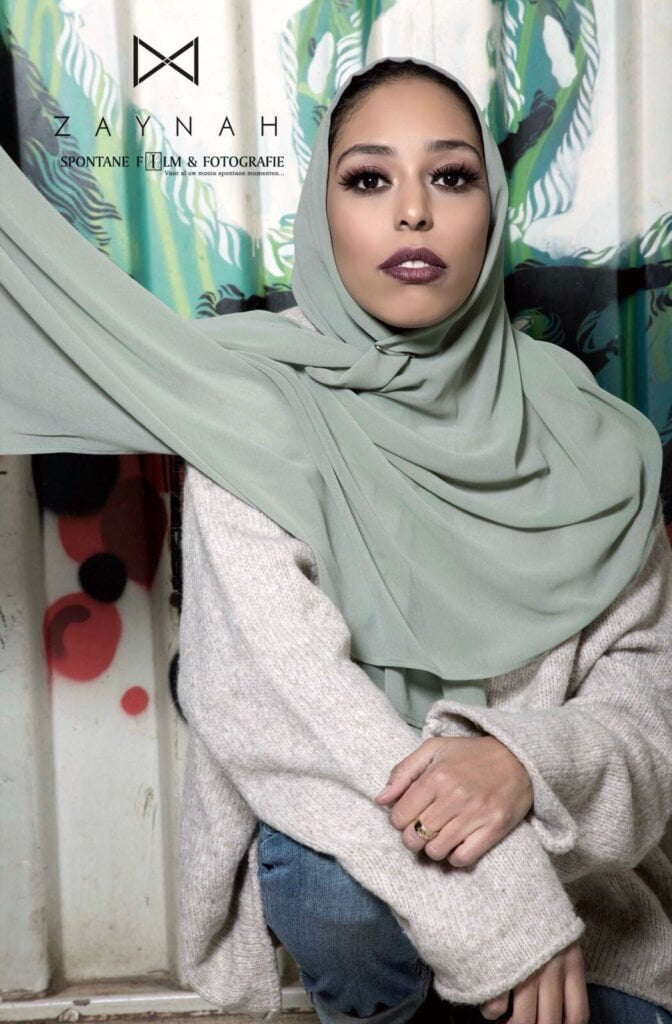 What’s in the name…
The name of the label of the expanding fashionline is Zaynah which translates to beauty in Arabic. “ Zaynah is a nickname given to me by my grandmother. That’s why the name is very dear to me” She states that she would love to name her daughter Zaynah one day. But at the moment the collection is her baby that’s why she chose the name.

The decision
Starting Zaynah felt like a big risk for Siham. She felt that this was her passion that she had to follow. But how did she have to start? “First I dropped out of school. Than bought a ticket to Dubai on my own to search fort he best materials that would end up as the luxury scarves. Just to be sure, I decided to start small. I had to be critical which fabrics would return with me back to Amsterdam”.
For the first collection Siham was very surprised how much demand there was for the scarves. With the famous social media influencer Sabrine Cat rocking the scarves, mostly in turban style, the brand got the attention from all over the world which got her even orders from the Middle East to Turkey and Europe for her first collection.

Go get yours
Currently Siham is working on expanding the brand. She would like to focus on designing clothes and of course producing more exclusive scarves. Besides designing she also gets her hands on styling.
The newest Zaynah collection is available right now. So if you are in search of your Eid-ul-fitr outfit essentials take a look at the collection en order yours quickly before they sell out. Take a look at the website or instagram. 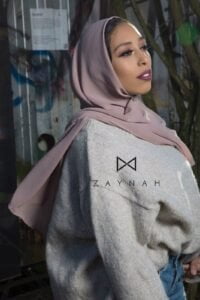 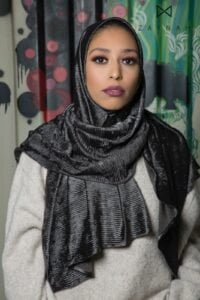 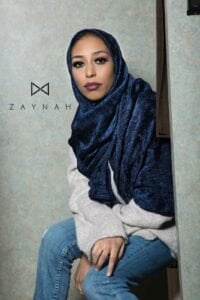