Heineken retracts ad after twitter backlash from Chance the Rapper. The add which portrays a bartender sliding a bottle of beer across a room where it passes several people of color to then stop at a light-skinned woman with the words “Sometimes lighter is better”.This message is obvious and questionable to say the least. Chance was the first to point this out. Tweeting “I think some companies are purposely putting out noticeably racist ads”

Chance might be right with that statement. The amount of airtime companies get after such an ad is undeniable, look at H&M, Pepsi and Dove.

I think some companies are purposely putting out noticably racist ads so they can get more views. And that shit racist/bogus so I guess I shouldn’t help by posting about it. But ???? I gotta just say tho. The “sometimes lighter is better” Hienekin commercial is terribly racist omg

Im not saying boucott them or go off im just noticing how often it happens and I think they baiting consumers and tweeters and freelancers and shit. Like I didnt wanna tweet about it so bad ???????? but its like how can u not

Watch the ad for yourself.

Now this story was picked up in The Netherlands on several news outlets. One of biggest ones, NOS, spoke with Jos Vis president of the dutch FCB. FCB or Foote, Cone & Belding is one of the largest global advertising agency networks. Let’s see what he had to say about this controversy. 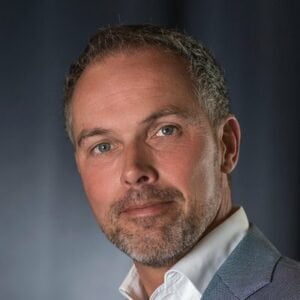 Translated: “In the past you would get complaints and you would have a conversation with the grievant. But because of social media everything explodes after one critic and advertising agencies have to retract the ads. A conversation is impossible. You could ask yourself if this is reasonable.”

Well dear Jos Vis, the problem is that in the past there barely was any diversity in the advertisement industry. It hasn’t improved as you might think. Studies from 2014 say that only 5.8 procent in the industry are poc’s.

Social media gives poc’s a platform. So dear Jos Vis the complaints can’t simply be pushed into the shredder or trashed. Now it’s all in the open and we can not be ignored anymore. This also proves that There aren’t enough poc’s in the industry. Because if they were, this particular ad wouldn’t even have made it passed being an idea.