Protest leaders in Sudan have agreed to end the general strike that brought Khartoum to a standstill this week and are willing to resume power-sharing talks with the ruling military council, an Ethiopian mediator said on Tuesday.

After a 30-year rule, Sudan’s president, Omar al-Bashir, had been removed from power by the military. The removal was the result due to the culmination of months of protests, which led to activists occupying a crossroads in the centre of Khartoum for five days. In the aftermath, a military council headed by defence minister Awad Ibn Auf took control of the country. Despite the removal of Al-Bashir by his army, protesters continued to take to the streets. They do not want to accept the coup and demand elections. According to them, a civilian government should govern the country until that time.

Soon after this, Lieutenant General Abdel Fattah al-Burhan replaced Auf as head of the military council. Before the promotion, he oversaw Sudanese troops fighting in the Yemen war and had close ties to senior Gulf military officials. With the apparent support of Saudi Arabia and the UAE, the military has launched a crackdown on peaceful protesters in recent days, leaving at least 100 dead.

Furthermore, the protesters have united in a joint opposition that calls itself the Forces of the Declaration of Freedom and Change (DFCF). Last week she organized a national strike that lasted two days. The strike was a result of the difficult negotiations between the DFCF and the Sudanese army. According to the opposition group, the military wants to keep too much power during the transition to a democratic regime.

Peaceful protest for freedom and dignity is met with a massacre! Please raise awareness and make sure to check the day-to-day updates. 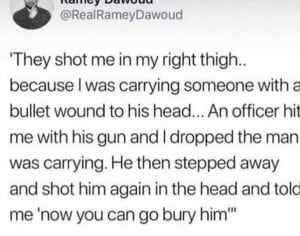